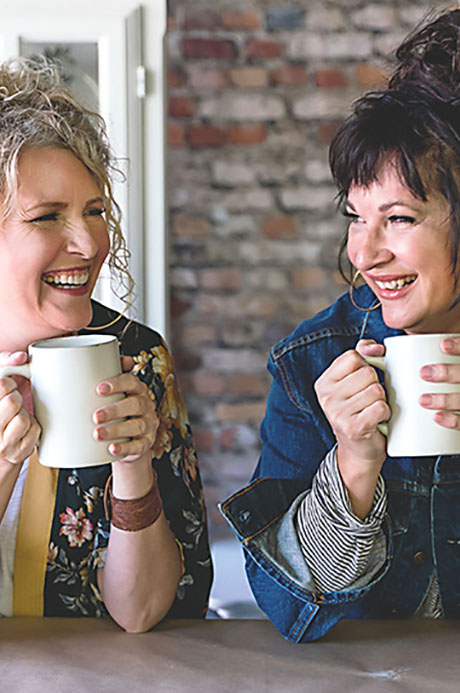 Josie and Sally grew up spending summers in an artist’s world with two grandparents who were avid artists in Novato, California. Exposed to collage, sculpture, oil painting, miniatures, stained glass, mosaics and a manual printing press at an early age, it was no surprise they eventually built a successful business together doing murals and European surface treatments, appearing as guests on television shows such as "The Christopher Lowell Show", QVC and "Good Morning Boston" for various creative and entrepreneurial endeavors. Most recently, they are working at what they would call their dream job, as designers and product developers in the paper crafting, fabric, home decor and art publishing industries. Consistent with their name, their work plays with contrast and incorporates a velvet refinery with an industrial edge that they like to refer to as vintage glam funk. Think velvet and silk, concrete and re-bar, and throw in a Picasso for a good dose of the unexpected and whimsical. They have appeared as guests on the popular television show Scrapbook Memories as well being featured in several crafting publications!